Subscribers to On Management know that I send emails on Sundays, once or twice a month. Every couple of months, I write a longer, thematic piece. It has been 6 weeks since I last wrote. My next thematic piece, on competence, has been long forthcoming.

It’s not Sunday, and I’m dividing today’s long, processy note into 3 sections.  The first section is for everyone. Other sections will interest members (aka paid subscribers) and newsletter nerds and the operationally interested.

I’ve been writing email newsletters since the late 1990s. Originally, from my email client, RIP Eudora. In the late 00s, I sent quarterly notes, using Constant Contact. There was a curation experiment in the early ‘10s, RIP Bitly Bundles.

Tl;dr, I’m now using Ghost. For many of you, nothing will change.

I’m excited to get tools (content tags!) that better align with the way I write the newsletter. So far, it looks like I’ll have more robust support than was possible with Substack or Buttondown.

My original goal with this newsletter was to write some weird and insightful things about managing people and the workplace. Which I plan to get back to after this hopefully last conversion*.

Many thanks to all of you for reading my newsletter.

Some of you received a notification that your subscription has been canceled. Others may yet receive such a notification. This is because there's something funky in the connections between services I’ve used to accept your payments, and the payment processor Stripe.

You will continue to get member-only emails for the duration of your subscription, along with the public On Management emails.  However, I can't move everyone's correct subscription over to Ghost, intact and connected with Stripe.  This means that you won't see an automatic renewal and payment for your membership; in my book, this isn’t a bad thing.

Thank you for your support, and endurance!

I'll close here – the section for newsletter nerds is below the signature. If this is you, scroll on down.

I'll be back soon with regularly scheduled programming. (Including details about my next public program.)

May you and your loved ones be safe, healthy and free.

Newsletter nerds, the operationally-minded, and anyone else still reading

Back in 2016, I started to experiment with ways for readers to support the newsletter financially. I felt that payment would show me something about engagement. Receiving payment would recognize my labor and expertise. (Ann Friedman inspired my thinking, especially that I was paying Mailchimp higher prices as more folks subscribed.)

I never thought I’d stop consulting and coaching, and make my newsletter a full-time job. However, as people began to pay for the newsletter, I set another multi-year goal:  to develop On Management into a small but meaningful line item on my income statement. Or at least cover several hosting and web-service fees related to running the newsletter.

At first, I did things manually. Set up a link to a payment processor, and maintained member subscriptions manually.

When Substack emerged, the idea was that subscriber accounts would be portable to other services. The decision to use Substack was a no-brainer – should I ever want to move on, it would be a friction-free movement of 1s and 0s.

This has not turned out to be the case.  In fact, it has been a mess.

Leaving Buttondown after leaving Substack has led to an insight about what made the mess. It’s a hypothetical insight. As such, it’s based on experience and inference. It may or may not be accurate.

The problem, as I see it, is with Stripe. You may know Stripe, a tech company that provides of many of the friction-free payments you’re making on the internets.

The problem is not Stripe itself. Works great, 10/10, would do business again.

It’s, hypothetically, that Stripe is an enterprise product. Stripe is meant to be used by companies that have teams of programmers who tirelessly integrate Stripe’s product with the company’s systems, so that the company can be paid.

So, paid newsletter companies like Substack, Buttondown, and Ghost serve as virtual teams of programmers for people like me. We can be paid after simply connecting our Stripe accounts to newsletter services. Boom.

The friction in these frictionless payments happens behind the scenes.

Because, hypothetically, like Tolstoy’s unhappy families, each newsletter company has its own way of integrating with my Stripe account.

Bear with me, ops and newsletter nerds. It gets gnarly.

Hypothetically, different Stripe products at different prices — and possibly different Stripe-newsletter company/payment-processor integrations — do not lend themselves to automated conversion from one provider to the next.

Indeed, in August, it was time for the final step in my extended conversion to Buttondown. It had taken a while, but paid subscribers were finally all “on Buttondown.” Worried that a some members might be charged twice, I closed seemingly redundant Moonclerk accounts for pre-Substack readers. I did this the while in communication with Moonclerk support. I thought I would be golden.

I decided to move to Ghost.

Newsletter services have made it typical to offer monthly and annual pricing for newsletters. Ghost’s conversion team told me that they could only convert Stripe accounts at one monthly price, and one annual price. Because I had people paying multiple prices, only some of the Stripe accounts could be converted.

Another worry arose. Maybe when I disconnect Buttondown from Stripe, more paid subscribers will be unsubscribed?

Converting half of the members would be confusing. Not to mention the people who had been incorrectly unsubscribed, and can't be converted as members. Ghost enables writers to offer complimentary subscriptions, so that's how I'm going to handle my current paid subscribers. I'll manage people’s subscriptions manually through the end of their current subscriptions, when I will send them an invitation to subscribe anew. (Here’s where I am happy about not having 1000 paid members lol.)

I also decided to establish a separate Stripe account for the newsletter. This way, I’ll start fresh. Every member will have a unique Stripe customer account only associated with Ghost. This may or may not have been a mistake.

Also, for the next couple of months, subscription prices for On Management have been dialed back to the lowest rates I’ve charged. This will enable my longest-term readers to re-subscribe at rates they were paying before I started moving newsletter services.  Should anyone wish to resubscribe.

Over the last several months, my time that would have gone into the business side of the newsletter has focused on this conversion stuff. I’m okay with how everything has finally turned out. I appreciate the folks at Ghost for not just saying “No problem,” and for working with me to come up with something that will hopefully work for my readers, for Ghost, and for me.

For you newsletter and ops nerds, this is all happening because I’m an edge case. However, in time I won’t be. Every time a writer discounts a Substack subscription, a new Stripe product gets its wings. Hypothetically.

And, if I'm even close on my hypotheses, these are problems for Stripe to solve as they move beyond servicing enterprises with teams of programmers at hand.

Newsletter providers aren't blameless. I would like to believe that everyone who promised portability has done so in good faith, and just had no idea.  (And then they didn’t want to say anything about it? idk.) It's on them to understand how this all works, and educate writers who use their services. And, to develop robust onboarding and off-boarding guides that detail limitations when moving between services.

I’m looking forward to returning to actually writing my newsletter. While I wouldn’t describe writing as friction-free, it’s a lot more enjoyable for me than wrestling with how software services work together.

(*It is certainly my last conversion to any service standing between me and Stripe. I also see Stripe working to service folks in the no-code space. If this is you, I’d say, be sure that you know how Stripe customer accounts and products actually work. I’m still not sure that I do.)

P.S. Like many of my newsletter pieces that live online, I've gone back after the newsletter drop to fix several typos and unclear sentences. I probably didn't catch them all.

BILLING ERROR aka the Saga of Eleanor's corrupted ghost databases, by Eleanor Konik of Obsidian Roundup, crossed my in-box this morning.

I had just finished combing through spreadsheets and sending emails to multiple groups of paid subscribers to let them know what was up with their accounts. tl;dr – I'm not alone, and none of this tech is frictionless.

Thanks to the reader who forwarded Eleanor's email.

Here's a link to Meg Conley's announcement that she'll be moving her newsletter from Ghost back to Substack. To do so, she must cancel all of her paid subscriber accounts, as I did last September, because it's not possible for her to move the Stripe (payment processor) accounts. I'm just coming to the end of the complexity and unintended consequences of decisions I made during the transition.

For anyone considering a transition, a word of painful experience. When I moved, I closed supporters' paid accounts, and brought the accounts over as "complimentary" subscriptions. I decided to manage people's subscription end dates manually. This was a mistake. Knowing what I know today, I would have refunded people's paid accounts back then. Sigh, live and learn. 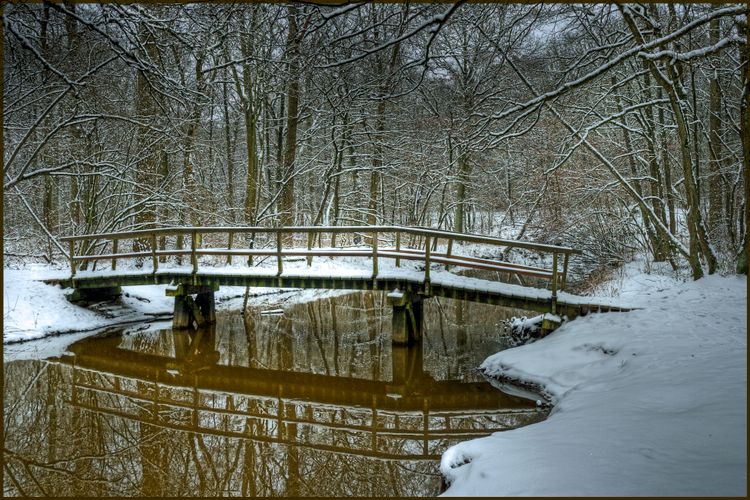 Did anyone else re-watch *Contagion* in an attempt to assert a small measure of control over our current circumstances?
Jan 16, 2022
6 min read